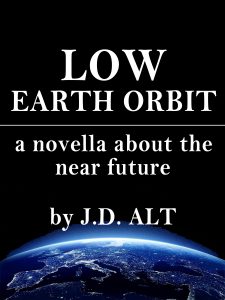 This ebook is a sequel to “An Architect’s Concerto,” exploring (and illustrating) the architectural concepts further —but now focusing squarely on the Modern Money Theory underpinnings that make the concepts actually feasible. Set in the year 2028, the love story of Maggie and Charlie is far, far in the background, while Charlie steps out as the narrator of the extraordinary story of what happened after Donald Trump was elected president of the U.S. The novella builds quickly to a dramatization of the day MMT is explained to the U.S. Congress by an obscure economist named Stephanie Eccles. The “model” for her congressional testimony was the startling congressional testimony of Marriner Eccles in 1933.

Although the Trump presidency evolved into an entirely different drama than the one depicted here, the story remains, I think, useful as a thought-experiment about the decade to come, the confrontation between technology and society, and the role Modern Money Theory might play in our future.