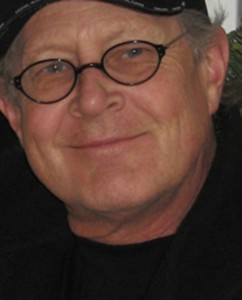 I’m an architect, writer and educator. Most of my career has been spent researching, inventing, and visualizing things that I hoped would improve the quality-of-life for collective society. Gradually, I came to two realizations: First, the kinds of things I was envisioning (free-to-ride downtown people-movers and affordable housing strategies) would never be undertaken by a profit-oriented business model. Second, the only other possible financier—the federal government—was, apparently, “broke” and hopelessly in debt. Alarmed and discouraged by these realizations, I turned to an investigation of economics to discover why, and how, it could be true that collective society was, “for lack of money,” helplessly unable to build things it both needed and could dramatically profit from.

This investigation led me to a group of economists, loosely organized around the University of Missouri Kansas City, who were trying to explain a counter-intuitive explanation of how money actually “works” in today’s modern society. This explanation of “modern money theory” (MMT), I realized, made everything I’d been visualizing and designing—and a whole lot more—suddenly possible! The challenge, now, was to get the rest of the world to realize it as well.

Thus began a series of writing efforts which included dozens of essays for MMT’s seminal website/blog—neweconomicperspectives.org—two ebooks: Diagrams & Dollars and Low Earth Orbit, and two paper-back books: The Millennials’ Money and, most recent, Paying Ourselves to Save the Planet. The novel, The Architect Who Couldn’t Sing preceded all of these and was, in many ways, the lament that modern money theory gave an answer to. I now live near Cerrillos, New Mexico.